The earthquake occurred at 2 p.m today Friday afternoon, with the epicenter 19 kilometers north of Samos, according to the revised solution from the Geodynamic Institute of the National Observatory of Athens. The focal depth was 2 km. This earthquake, which hit Samos shortly before 2:00 p.m and was  felt strongly in Turkey, was also  felt in Athens and many other parts of Greece, while according to several reports it had an unusually long duration. 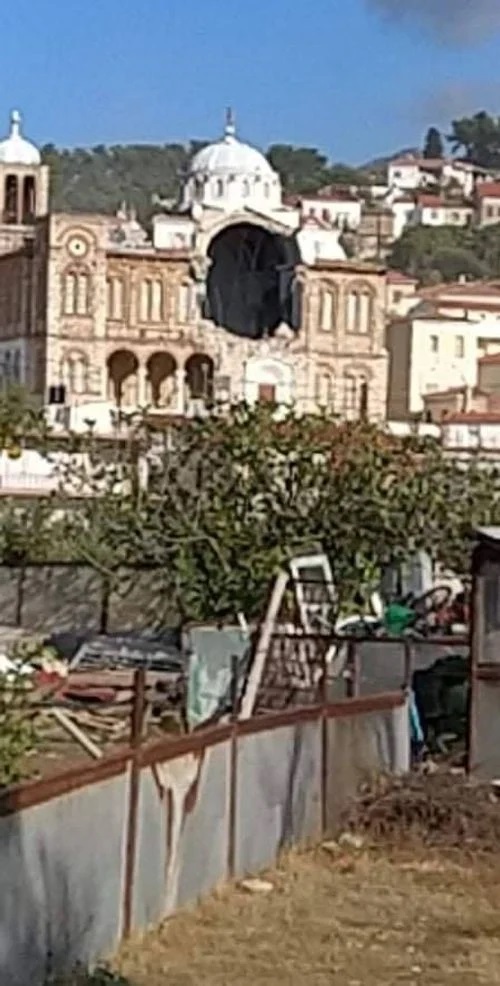 The Euro-Mediterranean Institute speaks of an earthquake of magnitude 6.9, with a magnitude of 13 kilometers northeast of Karlovasi. According to this estimate, the focal depth of the earthquake was 10 km, followed by aftershocks of 4.1, 4.2 and 4.8 on the Richter scale. This earthquake particularly shook Smyrna, Balikesir and Aydin while it was also being felt in Istanbul. In the city of Izmir, residents have left their homes for fear of collapsing buildings. According to Interior Minister Suleyman Soylu, six buildings collapsed in Izmir, particularly in the Alsancak (Punta) neighborhood, including a 13-story building in the Bornova neighborhood.

The city’s mayor, however, expressed fears that the number of fallen buildings could be around 20. Turkish TV footage and videos circulating on social media show people trying to move construction debris. After the earthquake, there was a tsunami in Smyrna.