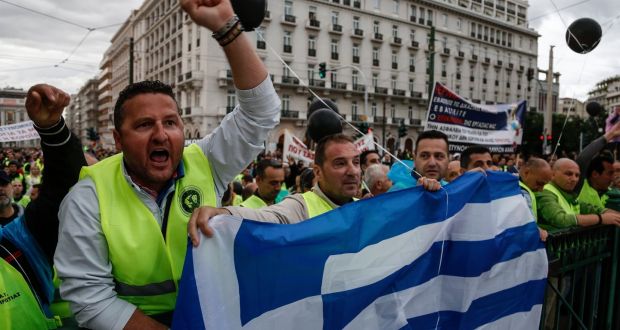 Workers on all KTEL urban and intercity buses across the country, as announced by the Federation of Transport Unions (OSME) will be on a 24-hour strike progressing Thursday (10/15/2020). The relevant bodies of OSME decided and declared a strike, protesting against the privatization of public transport and the deregulation of labor relations at KTEL. It is recalled that as part of the coronavirus treatment measures and in order to strengthen the roads, the transport in Athens has been reinforced by KTEL.

With the strike, the workers demand the immediate withdrawal of private buses from Athens public transport, the return to the OSY and OASA transport system of all routes assigned to KTEL and the reinstatement of the KTEL general regulations (pd. 246) / 2006 ). In their announcement, employees say, among other things, that “if at least 500 OSY-owned buses that were purchased with money from the Greek people remain dismantled in depots and can be repaired at negligible cost, the government with the partnership of OSY and “OASA, conceived as a” solution “to increase the number of urban roads to allocate without rules, without transparency and without control, the works of the urban transport of the basin to the individuals of the KTEL”.

“The employees of public transport in Athens, but also the employees of KTEL who are the first victims of the extreme neoliberal policy of the government, will not tolerate the devaluation and delivery of public transport to individuals of KTEL, which after the abolition of the general KTEL staff regulations, they uncontrollably suck the workforce to the detriment of road safety ”concludes the announcement.