A man armed with a knife launched an attack on a church in Nice, France this morning, killing three people before being arrested by police. Police said the author was injured during his arrest, but was conscious and claimed responsibility for the attack, shouting “Allahu Akbar” upon his arrest. His name is Brahim and he is around 25 years old, according to a source familiar with the investigations. 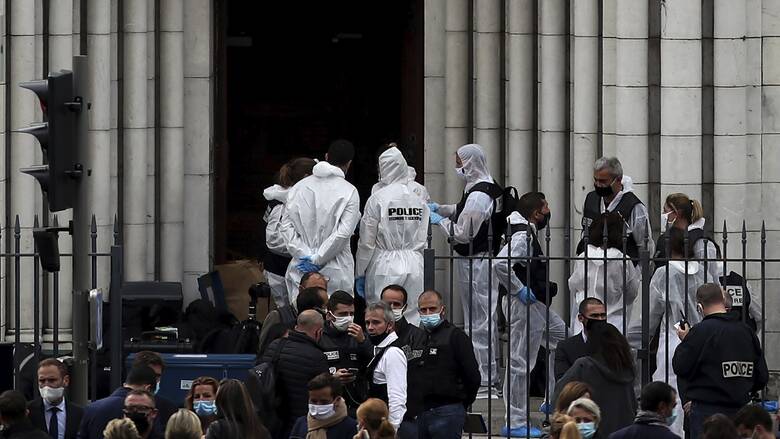 The perpetrator acted alone, while the police took his fingerprints to determine if he was on the list of suspected terrorists. According to police sources, among the victims is a 70-year-old woman whose attacker slit her throat inside the church. A man who was stabbed to death inside the church was her son-in-law. The third victim, a woman in her 40s, was stabbed inside the church but managed to escape and take refuge in a nearby bar, where she later succumbed to her injuries. According to a police source, there are six injured, but this report is temporary.

Alarm level increased
France today raised the level of alert in its territories to the highest level, recently announced Prime Minister Jean-Castex, who told the National Assembly that the government’s response to the attack would be harsh and implacable. Mourning bells throughout France will ring at 3:00 p.m ( local time) in memory of the victims.

There were warnings
A priest at a church in Nice told BFM television station that in previous days there had been warnings of impending attacks on temples in preparation for the feast of All Saints. “We were on the alert, but we did not expect anything like this,” said the priest. After the tragic event, all places of worship cease to function.