A nine-year-old student died in his classroom in a village of Achaia, a region in the Peloponnese, on Friday.According to initial information, the boy student  from the village of Stavrodromi lost consciousness at school during class. 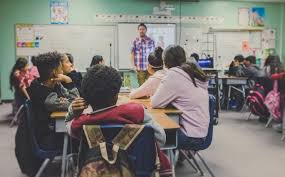 His teachers called the ambulance service (EKAV) and alerted the police. His death was confirmed shortly after the ambulance arrived.

The forensic exam is expected to shed light on the causes of death which remain unknown.